Waterpark RFC became a Munster Senior Club after winning the Munster Junior Cup for the third time in 1974.

We retained our Munster Senior status until 2009 at which time we were the sole Munster Senior Club outside of the major rugby cities of Cork and Limerick. We reached Munster Senior Cup Final in 1983, narrowly losing a superbly contested final to Young Munster in a packed Thomond Park.  We were the AIL Division 3 Champions in 2002-03 after a great campaign and superb final match in Belfast.  Today we are a Munster Junior Division 2 following relegation last year and a number of consecutive disappointing  seasons. Despite relegation our senior side showed great spirit winning the Munster Junior Plate and our seconds side, consisting of  a mix of experienced and youth players won the Mick Barry Cup. 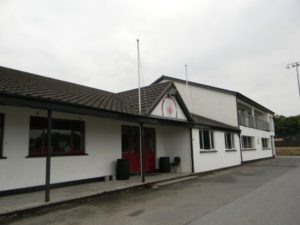 Over the last 10 years our youths teams have won 10 Munster Club titles and we  also won the All Ireland Youths U17 Cup in 2007. Waterpark RFC are the current Munster U18’s and U16’s Club Champions as well as holders of many East Munster League and Cup titles. Our youths development has been recognized in the award of “Munster Youths Club of the Year” 3 times in the last 10 years and we are the current holders of same.  We are proud to have produced so many great teams and players over the years, many achieving Inter-provincial and International caps at various  levels including Jack O’Donoghue a current Munster Senior player  and previous captain of Ireland at Under 20’s and 18’s.